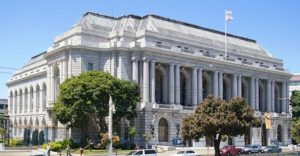 Heroes’ Voices has been doing programming all over the San Francisco Bay Area for two and a half years. Most of those programs have been at veterans’ facilities like the VA campuses in San Francisco, Menlo Park, Livermore and Yountville. Most of the vets we have been working with are either permanent residents at these facilities, or are in some kind of residential treatment programs. These treatment programs are typically PTSD, Poly-Trauma or Drug and Alcohol Rehab programs. We are proud and happy to be serving our vets in these programs, and the need is so great that we could spend all our time with veterans in residential programs. There remains an urgent need to reach out other veterans in our community who are not currently in residential programs.

Since we began Heroes’ Voices, we have been exploring ways to target veterans in the community who are not in VA residential programs. There are so many veterans who come home from their deployments and become almost completely isolated. Military life is perhaps the most intense community and familial environment that an American is likely to experience. Almost every aspect of life is prescribed, and structural bonds are created to ensure a group cohesion that can function even during the heat of battle.

Veterans who leave the service and return home suddenly find themselves in a completely different world, without military support structures and without the brothers and sisters who literally had their backs during good times and bad. Many vets (often suffering from PTSD or other battle related challenges) just hunker down in their homes and become trapped in their isolation. These tend to be some of the veterans who take their own lives at the catastrophic rate of 20 a day.

When the War Memorial Veterans Building in the Civic Center of San Francisco re-opened after renovations, Heroes’ Voices was invited, under the auspices of Veterans for Peace, to be one of several veterans’ service organizations to move into office space, and to begin programming for veterans from the greater San Francisco community. There is an exciting range of new programs beginning to be offered at the Veterans Building, with more coming on line almost every month.

Heroes’ Voices has begun its programming with Guitar Corps sessions. We began Guitar Corps at the Menlo Park VA led by San Francisco musician and teacher Larry Chung. Free guitar lessons were given to veterans, and after completing a series of lessons, they we given their guitars to keep. To date, we have given away over a hundred guitars to veterans. Most of those guitars were generously donated by Gryphon Stringed Instruments in Palo Alto. They have been fantastic program partners for the last two years.

Guitar Corps seemed like the perfect program to begin our community outreach, and our first sessions were an unqualified success! We had eleven participants, which is just about the right size for group classes. The veteran participants were men and women from every age range, and the level of enthusiasm was off the charts. They are so thrilled that Heroes’ Voices is offering this program where they could gather in their Veterans Building, as a community with other veterans, and begin to make music together. We offer two sessions, one for beginners and one for intermediate level guitar players. Guitar Corps sessions continue every Friday, and more Heroes’ Voices music and poetry sessions will be offered soon at the Veterans Building.