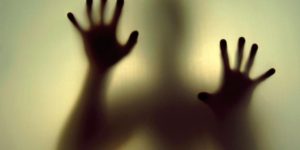 On Friday afternoons Heroes’ Voices does a singing workshop at the Psychiatric Intensive Care Unit of the VA Hospital in San Francisco. Veterans there suffer from a range of issues including PTSD, depression, bipolar disorder and other challenges. Sometimes patients there are on suicide watch. Veterans at the PICU come and go, so I develop relationships with some patients over a period of many weeks, while others I may meet only once.

There is one veteran (let’s call him Willie), who was in the unit for several weeks in a row. Willie spoke very little, and had a terrible scar on the left side of his head. He moved very slowly and mostly sat with his eyes wide open with what some call the “1000 yard stare”. But Willie, who happens to be African American, loved to sing songs by Bob Dylan. In fact, he did a remarkable imitation of Bob Dylan’s voice. He didn’t sing that way as a parody, he just sang like Dylan as faithfully as he could. Willie would participate in singing other music, but when it was a Dylan song, he would stand and joyfully lead the entire group.

Months passed and I no longer saw Willie in the Psychiatric Unit, but I thought about him every time the group sang Blowing in the Wind. Some time ago, I was starting a workshop and I said, “Hey! Bob Dylan was awarded the Nobel Prize. In honor of Bob, let’s start today’s session with Blowing in the Wind!” Heather, the head nurse of the Unit, got very excited and said, “Let me go get Willie. He loves Bob Dylan!” I had no idea that Willie was back in the Unit, but sure enough Heather got him from his room.

I was sorry to see that Willie was worse off than the last time I had seen him. He moved very slowly, and his eyes seemed more glazed than before. But then he began to sing Blowing in the Wind. His voice was weaker and his Dylan imitation was a little muted, but he gave it all he had, leading the group on every verse.

At the end of the session, Willie rose and shuffled up very close to me. Willie is about my height, so his wide, intense eyes locked with mine. Then he repeated in a soft, urgent voice, “You’re a good man… You’re a good man… You’re a good man.” I told him how glad I was to see him, and how much his kind thoughts meant to me. For a long moment, we were both suspended there, eye to eye. Finally, a hint of a smile crossed his lips and he turned and began to shuffle away.

Heather walked me out of the unit as she always does at the end of our sessions. I told her how moved I was by seeing Willie and our moment together. She paused and said, “You have no idea how important that was to him. This morning he wouldn’t get out of bed and he told me that he was going to die tonight. This singing session, at least for today, gave him a reason to live.”

Willie didn’t die that night, and the next two weeks he came back to lead us all in Blowing in the Wind. Willie still has hope, because he has a song in his heart, and a need to raise his voice.